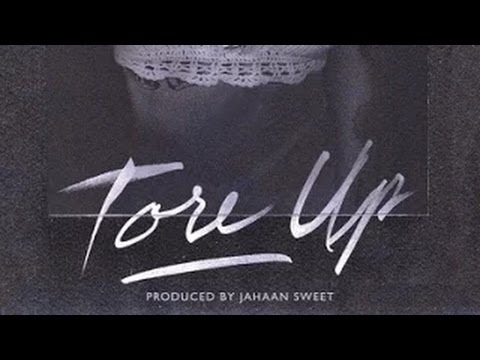 Fell In love with this song!!!! And thought I’d share it with you guys❤#ThankMeLater

If you don’t know who she is or where she from. Click here for more information.

Kehlani – Tore up. Dropped a couple days ago…and boy Oh boy have I had it on repeat!

Produced by Jahaan Sweet, the beat is one that a Monica or Keyshia would sing over..and Kehlani does justice to it!

Let me know what ya’ll think

Yes! You have every right to ask me where have I been living!!! Only heard of this dude today and I. AM. OBSESSED….and you know what happens when I get obsessed… is it his flow? His voice? Maybe it’s his demeanor, I don’t know!

Went on a frenzy and this is what I found.#ThankMeLater (and how ironic because he totes has the sound of an OVO artist.

If anybody knows about “the struggle” , it would be Daystar Peterson (How unique is his name!) Born July 27th 1992 to Sonstar and Luella Peterson. This bright star started rapping at the tender age of 9 in the streets of Brampton and lost his mom some time after 😦

Spending some of his teen years as a street child,he learnt not to take anything for granted. Self-taught singer from the age of 16, he knew this is what he wanted to do…and he clearly is doooing it. His swag on fleek, talent is raving…Daystar clearly is not letting anybody dull his sparkle and he shouldn’t!!!

Notorious BIG is his biggest inspiration,  he’s aparently been in the industry for some time:

He’s released a couple of mixtapes since ’09 with the latest being “lost cause” and another, “cruel intentions”. He’s scheduled to release his debut album some time next year with “Say it” being one of his singles.

Annnnnddddd….(as if the above isnt enough to get our jaws dropping) The brother is ALSO a fashion designer and owns his own store…Forever umbrella…! He tells us that chain stores are coming soon…so watch out for that.#Fellaz

It’s clear that Tory Lanez is here to stay. The dude is talented and hard working! Recipe for success!

So if you’re slow like me and haven’t heard of him or his music…. checkout the links below!
The mission:

I’m hooked,let me get back to jamming to Tory!

Check out my previous posts